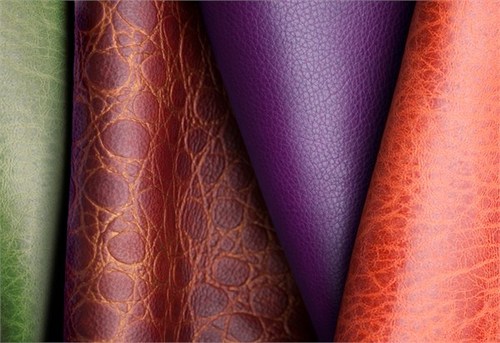 Acid Leather Dyes are anionic as well as homogenous in nature. The good physical characteristics of these dyes enable them to be used in all types of Leather. The dyes are included with Dye or pigment, Casein/ nitrocellulose resin and Solvent. The dyestuffs applications vary based on product range mandatory along with dictates of the emerging market. The products have fastness to light, mild washing, washing by machine, perspiration, to test of rubbing, water, water spotting etc. These have been passed the grey scale test so as to ascertain the color modifications and staining. The Acid Leather Dyes are formulated with premium quality acids as well as compounds and can be spread evenly. These non-reactive dyes provide perfect finishing and have stability of dyes with regards to Acid, Alkali and Hard water.

Kemaderm Dyes are anionic and homogenous in nature with good characteristics for application on all types of Leather.

Note : Shades in website may differ from actual Dyeing and may also differ in different display products.

In the event that we see from the chemical/dye perspective the colors utilized are generally Azo colors, Anthraquinone colors and Triphenylmethane colors. Financially, mainstream Black colors represent about 60-70% of all cowhide coloring. Additionally, out of this a color assortment called Acid Black 210 rules with 80-90% utilization of the greater part of the dark colors utilized.

Criteria for deciding the Color Fastness of Dyed Leather. Following are the couple of imperative tests that can be embraced for testing the colorfastness of colored dyed leather:-

Security of colors with respect to:

We are dealing only in minimum 10K Order Value.
Home Page  |  Company Profile  |  Our Products  |   Contact Us | Site Map